The thing about bear markets is that you tend to have a lot more time to do the things you love but otherwise wouldn’t (e.g. writing articles). It’s hard to concentrate when prices are mooning and you’re too busy getting sprayed in the face with bottles of Cristal while partying on a rooftop bar. I don’t have a chart, but I’m pretty sure if you plotted the weekly ETH price action against the length of a Hayes blog article, there’d be a pretty strong negative correlation (just kidding, Arthur, but they have been getting longer recently).

Anyway, I fell down the crypto rabbit hole just over two years ago, after a pretty predictable career in London (equity research/sales) and trying out the whole tech entrepreneur thing for a couple of years. It all started with the COVID lockdowns, which led me to host poker games as a way to pass the time and maintain some semblance of a social life. As luck would have it, a bunch of crypto guys turned up at my table and started lighting money on fire, which led me to inquire further.

“How about DeFi?” they counter.

“What the hell is a smart contract?”

“Surely you’re exaggerating,” as I raised an eyebrow, sceptically. “But tell me more…”

And the next thing I knew, I had mortgaged my house, paying 1.5% p.a. to ramp up my basis trading and was 5x leveraged on FTX! 😰

I’ve often been teased about my choice of niche within the crypto space, after all, it’s quite possibly the least crypto-esque thing about the crypto industry since the returns are low in relative terms and my exposure is basically to USD rather than BTC or ETH, which makes me a “no-coiner”.

But in the past three years, we’ve seen three gut-wrenching corrections (Mar 2020, May 2021, May 2022) in crypto markets, and the honest truth is that I’m too old for this bullshirt (top tip: watch “The Good Place” on Netflix if you haven’t already). I’m pushing forty, I’ve got two young kids to feed, and if I lose everything and have to start from scratch, my wife will probably leave me, which is automatically another -50% or more on my portfolio (lol, just kidding darling!). So I made the decision to just focus on basis trading pretty early on, and it’s amazing how well I sleep at night. The amount of money I save on SK-II skincare products alone makes up for any lost upside.

The concept of basis trading should not be foreign to anyone who is reading this blog, but these previous posts (Basis Basics pt 1 and Basis Basics pt 2) do a pretty good job of diving deep into the weeds and is recommended reading for the uninitiated.

The trade is not a complicated one to understand or to execute, however, it should go without saying that superior understanding and execution naturally leads to superior returns. The trade is also a game of pinching pennies, or basis points (it’s in the name), and so economies of scale, which lead to lower transaction fees, certainly are a significant factor in determining profitability.

When I first began testing out the basis trade, my setup was literally “two laptops and two index fingers”. You get the picture (if you don’t, check out this piece which has a game for you to sweat over). Market buy/sell orders, of the smallest size possible, randomly fired into the FTX and Binance orderbooks, crossing what remaining fingers I had that slippage would average out to be something half decent. This took hours, and I had to be in front of my computer the whole time, manually putting through those orders.

I then graduated to using self-developed algorithms and an OEMS to try and improve returns. This allowed for market orders conditional upon the fulfilment of a “limit chase” order, sizes could be adjusted depending on the depth of the orderbook, and we could target a certain spread, although slippage was still sometimes an issue when volatility spiked. This still took hours, but at least I could leave the algos to run and not have to execute trades manually.

Then in July this year, Paradigm came along and made all of my fancy software obsolete with its Futures Spreads offering. Institutional-sized limit-limit trades (which are not only free, but come with a small rebate depending on your fee tier) suddenly became possible, while being able to lock in a spread and eliminate slippage entirely. Positions that used to take me hours to build or unwind could be done with a couple clicks of the mouse, and at half the cost.

If there are any economics majors reading this blog, this is what Schumpeter’s creative destruction looks like.

Speaking of destruction, the bear market has been absolutely brutal. Just about everyone I know has taken a hit, and I’ve seen the full spectrum, from pretty bad to… basically bankrupt. Being delta neutral, I suffered no losses in spite of the market volatility, but I take no joy in being the unwitting survivor amidst the carnage. Everybody loses when events such as those of the past few months serve to confirm the worst fears and criticisms levelled against the crypto industry by those who would rather see us fail.

They say hindsight is 20/20, but to be fair, this was entirely a bear market of our own doing. We chased the “yields” of DeFi 2.0 (e.g. OlympusDAO, Wonderland) like a line of coke, and when that was done, we doubled down on the “stable 20% yield” of Anchor UST like shots of tequila. And while it is easy to point fingers at failed lending platforms like Celsius now and say, “I wouldn’t have done that”, the truth is that in a loosely regulated, hyper-competitive, virtually frictionless market such as crypto, you probably would have.

The industry had come to expect ~10% p.a. on USD as a baseline of sorts, even though no one was willing to borrow at those levels since the start of 2022 because the market had clearly run out of steam and delta neutral strategies such as basis trading were no longer as profitable. This meant that lending platforms such as Celsius were caught between a proverbial EtherRock and a hard place, and they could either: a) lower their rates and see AUM bleed out to competitors who were willing to keep theirs unsustainably high, or, b) shift into riskier strategies such as uncollateralized lending (3AC), illiquid trades (stETH, GBTC) and ponzis (UST), or just yolo it and go 10x long BTC and hope for the best. We all know how that turned out.

I’m probably talking my own book here, but my view is that CeFi isn’t dead, it just needs to change. Centralized yield generation built around a “black box” model is too easily susceptible to the moral hazard problem (i.e. heads I win, tails you lose), which means that taking disproportionate amounts of risk is actually the game theory optimal decision when viewed on a short timeframe.

At a high level, I think that transparency and an “open source” philosophy are small but important changes we can make to rebuild trust in CeFi. We are often told that this is impossible because it would amount to leaking valuable alpha, but as we’ve seen, all too often the “secret sauce” is nothing more than just degen risk taking. I would argue that complete transparency is not just feasible but necessary going forward, if we are to avoid another round of market-roiling CeFi failures at the next correction.

Yes, not everyone is going to use that transparency, or even know what to do with it, but there will be plenty of Twitter sleuths like ZachXBT to keep the managers honest. And, yes, the returns will likely be lower than what Celsius was offering (because of the lower risk profile), but they will be higher than what you get on DeFi protocols like Compound and Aave (currently sub 1% p.a.) and they will be verifiably sustainable.

In my humble opinion, the future of yield generation lies in “transparent CeFi” because while some of us may certainly like the idea of managing our own portfolios, far more of us are not willing or able to and would rather delegate that responsibility – that’s why fund management is a multi-trillion dollar industry. Furthermore, the growth of transparent CeFi would not be at odds with DeFi adoption, but rather, serve as an aggregator and be net positive for DeFi volumes overall. Being straightforward and relatively liquid, basis trading is also an example of a delta neutral strategy that would fit neatly into this transparent business model, and that is precisely the direction toward which I am building.

As I alluded to at the beginning, the thing about bear markets is that they give us time (to pause and reflect), but they also have a cathartic/purgative/restorative effect. It is only in bear markets that "builders keep buidl-ing" and commitment is truly tested. For firms like Paradigm that continue to deliver and innovate, it's obvious to me that they will form part of what we eventually consider market-critical infrastructure.

Looking ahead, it is inevitable that the basis trade will become more crowded over time with long-run returns settling around a level that more accurately reflects the true cost of USD capital in crypto (plus an appropriate risk premium). Venues like Paradigm, which allow for institutions to trade in large blocks without hitting the order book, will become increasingly important for those looking to do this professionally, complementing proprietary order execution systems that serve an important backup function.

It's hard to say how long we'll spend in these doldrums; so much depends on factors exogenous to crypto itself. But I'm genuinely excited to be a part of this emerging space, and am especially grateful to the friends who welcomed a lowly no-coiner into their community and taught me the ropes. The journey thus far has been anything but smooth-sailing, but I've tied myself to the mast, trusting that the destination will be glorious, even if I don’t end up where I originally planned. It worked for Christopher Columbus, so why not an accidental basis trader like me? 🤷 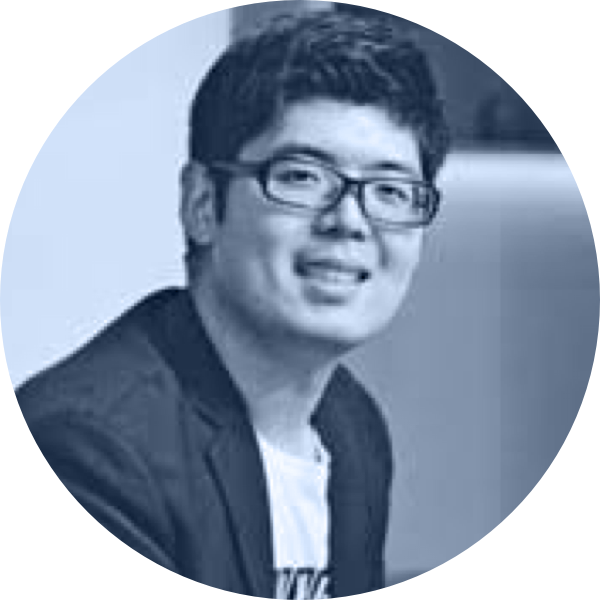 Charles Tan
Charles is the Singapore-based manager of the Pilgrim Basis Yield Fund, and founder of CRYSTAL (crystal.investments) a CeFi project with a focus on transparency and verifiable sustainability.

The Art of Options Market Making: What do Market Makers do?