The ETH Merge - Trades Into The Home Stretch

In case you have been living under a rock for the past few months let me get you up to speed on what just happened, and what's coming next month with regards to the Ethereum network. After we have clarified recent events we will move on to discussing possible strategies that take advantage of the future events ie. The Merge.

Recently the Goerli merge successfully took place, this stepping stone sets up the final Ethereum merge which is slated for Sept 15th-16th. When (if) that happens Ethereum will effectively move from a Proof of Work Chain to a Proof of Stake chain. The easiest way to visualize this transformation is to think of a cruise ship switching from a diesel-powered engine to an electric engine mid-voyage, no stopping, and no passenger any wiser.

Why Should You Care?

But let's cut to the chase, why is this important, and what does it mean for investors? First, a POS chain will reduce power consumption by 99%, and whether you believe PoW is bad for the environment or not, this bodes well for ops, it will also most likely make it easier for funds who are trying to stay ESG compliant.

“This will signal the end of proof-of-work for Ethereum and start the era of a more sustainable, eco-friendly Ethereum. Learn more about Ethereum energy consumption. This will also set the stage for further scalability upgrades not possible under proof-of-work, bringing Ethereum one step closer to achieving the full scale, security and sustainability outlined in its Ethereum vision.”

Secondly, the fully completed merge will reduce the $ETH issuance because $ETH, theoretically, should find an equilibrium using its burn rate and issuance based on demand. Now, this can change over time subject to the free market, but over the next decade, it's theorized that $ETH’s supply should hit an equilibrium between 60M and 100M ETH.

Lastly, what's to become of our current ETH. As it stands now, mechanically, if you hold ETH on a hotwallet like metamask, after the merge you will see two tokens in your wallet, ETH(PoW) and ETH(PoS). If you hold your ETH on an exchange it's up to the exchanges discretion on what to do with the airdropped ETH. The original chain holding the ETH(PoW) should carry on as long as miners continue to validate blocks. However, if no one uses the chain, value won't exist for miners to extract. Disincentivized miners would stop producing blocks and the chain would be vulnerable.

From a traders lens, there are different perspectives on the ramification of essentially receiving ETH(PoW) for free, the prevailing thought being that most participants will dump the free token thus adding massive sell pressure and driving the value of the elder ETH token to zero. Before we get into how we can protect against this loss and furthermore capitalize on it, let's first talk about a “miner” risk to the current roadmap.

The Merge by and large has been accepted throughout the crypto community as a necessity that could potentially bring positive evolution to  Ethereum chain. However, there has been a last-ditch effort to undermine the coming merge by existing POW miners. The prominent miner Chandler Guo has been the most vocal in proposing a hard fork to the main Ethereum chain, which would mean a continuation of the existing ETH network post-Merge.  This line of reasoning makes sense coming from POW miners as they likely have millions of dollars in hardware. But the sentiment seems to be saying that they are on the losing end of this battle and when the merge happens their hardware will likely become obsolete.

With all this in mind, investors are feeling quite bullish over the newly established narrative. Over the past few weeks, we have seen a massive amount of long dated Call Buying on $ETH options. In fact, shortly before writing this article a trade for 10k Call spreads was placed through Paradigm.

As pointed out by Arthur Hayes, the basis trade has sent the curve into backwardation, which means the near-dated futures are trading at a discount. This is the case all the way out until Jan ’23.  According to him,  it's  because traders are hedging out their ETH exposure on the off chance something goes wrong and the merge is pushed back once again.

This is a possibility, however, if we look closely at the data, the futures market seems to be implying a successful merge in September. If the merge happens, traders will receive ETH PoW only if they hold spot ETH and receive nothing if they hold ETH derivatives. Most major exchanges have come out and said their future/perp will reference a POS ETH (FTX/Deribit for example) since the intention of the future is to target the ‘real’ ETH which is likely to be POS.

From this  we can infer how much the market estimates ETH PoW will be worth from simply looking at spot-future basis, since spot = POS + POW, while future is just POS.

TDLR; Traders are buying spot ETH and selling futures against it. This gives participants the ability to hold ETH and eventually receive their ETH PoW without downside price risk. Finally, participants are specifically selling both December and September contracts because of the slight possibility that the merge doesn’t happen on time (it has been pushed back before.)

If you were a more conservative trader the DEC contract  is obviously the safer bet, if the Merge happens to be pushed once again Sept could see a spike in volatility and price action would become quite chaotic, but even if this were to be the case, the Dec contract would likely retain its value.

Options are another way to play the game. Many market participants are expressing their views on what happens post-merge using Options. Taking a quick look we can see ETH vol is dominating BTC and the only catalyst in sight is the merge, well, that and BTC has no clear Macro direction or narrative. Also, interestingly, this is the first time we have seen ETH open interest flip BTC open interest notionally.

Options traders are using clever option strategies to limit downside exposure. The majority of the structures we have seen in ETH have been upside call spreads, call flies, and outright call positions. Currently the ETH ATM Sept Vol is 69.38 and the BTC/ETH vol ratio is slightly below 70% implying a 1.5x outperformance of ETH vs BTC per a 1SD move on the Merge.

Notable trades today on @tradeparadigm. If $ETH hits 2k before the end of OCT the CSpd will be in profit +$750k (or thereabouts).

Early we mentioned that post-merge $ETH should find an equilibrium. According to a report by Cumberland, they expect to see $ETH supply fall by around 95% while staking demand continues to increase.

“On the supply side, we see gross inflation falling by ~90% and the ~15% of gas paid to miners/stakers as tip remaining stable. However, effective supply should decline by over 95% since we believe miners sell around 80-90% of mined ETH, whereas we very roughly estimate stakers will only sell ~20% due to substantially lower operating costs.

On the demand side, there are three components:
1. Gas: Currently ~110k ETH per month, with ~85% of which being burned. We assume this remains stable post-Merge, though we think this estimate could be conservative.
2. Staking Demand: Staking in ETH is currently negligible, with the likely cause being that stakers are holding off until post-Merge given the potential technical risk and uncertain timing.”

At the moment only 11% of the total ETH supply is staked. The staking ratio of other L1’s is anywhere from 50%-80% on average.

If ETH was going to hit that same supply staked it could mean that an additional 60M ETH would be locked up over the next two years post merge.

Long term, the upgrade will have a huge impact on the Ethereum network, we will see better economic incentives, more validators, and it lays the foundation for future upgrades which could include lower fees and faster transactions. ETH issuance potentially, if not most likely, will become deflationary in times of high demand, plus sell pressure from miners is expected to drop significantly due to the reduction in energy costs. We believe this all leads to one thing, ETH will become materially undersupplied, coupled with stable yields for a significant amount of time and the price of ETH, should once again, enter UpOnly mode.

If you believe that the Merge is going to happen without a hitch and Proof of Stake will be the agreed upon consensus mechanism for Ethereum going forward, you might like owning a 2k/2.5k 30Sept Call spread for 2.8%. If we were to see a rally in September you could possibly realize a 7x payout.

However, if you had the notion that the PoW fork was going to be well used by market participants you could put on a very simple spot vs. future for $18 and end up with a significant amount of PoW tokens which might end up being worth a good sum of money. So simplistically you are betting $18 to potentially get a PoW token which hopefully is worth more than that $18 - it might look like a basis trade, but it feels like an option to me!

Whatever your belief, the fact remains that the Merge, if nothing else, brings with it a great deal of opportunity for us as traders. 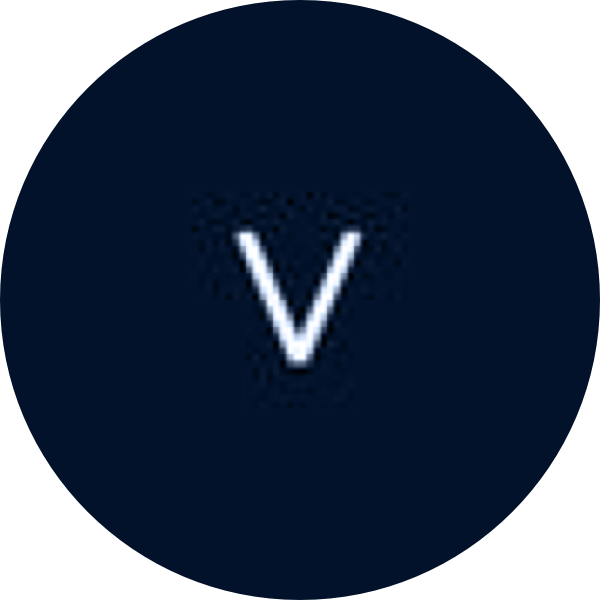