Trading Volatility Around a Catalyst

1 : a substance that enables a chemical reaction to proceed at a usually faster rate or under different conditions (as at a lower temperature) than otherwise possible

2 : an agent that provokes or speeds significant change or action

In trading, we rely a great deal on catalysts for movement of securities. The fundamentals of the trend of an economy or a security become established and well recognized. The positioning of various investors develop whether those are traders (short-term), investors (medium-term) or asset allocators (long-term). The only things that can change this trend and therefore change the positioning of participants with different durations is an exogenous shock or a definable catalyst. We cannot know the shock and so these are impossible to trade until after the fact. Catalysts, though, are knowable, even if there may be some disagreement of the magnitude. Catalysts we see in markets all of the time include corporate earnings, economic data, central bank meetings, and elections. Every once in a while, there is a bigger catalyst that captures the market’s attention.

That catalyst now is the Ethereum Merge. When the Beacon Chain launched in late 2020, there was an early expectation that the Ethereum Merge could occur by the Fall of 2021. By the summer of 2021, that date was already being pushed out to the summer of 2022, leaving investors with staked ETH locked up.  Finally, in the middle of July, senior developer Tim Beiko confirmed the Merge was good to go and hinted at the week of September 19, 2022 as the timeframe. This led to a rally from 1100 to 2000 before hedging around the event combined with central bank policy tightening brought prices back down.

With a few days until the event and the potential market moves post that, the options we might look to use are what I would refer to as ‘gamma’ options and so breakeven plays are going to be much more common than volatility plays. Looking at an iron butterfly (short the 1700 straddle, long the 1550-1850 strangle) yields breakevens of ~1572 and ~1827 around The Merge, with the highest profitability if we close near 1700 at expiration. For liquidity we price to the 30-Sep expiry in crypto, which is the next liquid date and is also the quarterly.

Of course traders can use different strikes and skew in either direction depending on their view. However, it is useful to see how wide the breakevens around the event are to get a sense of how much risk premia is priced into the outcome.

This is roughly speaking a measure of risk premium in the market. This is useful to think and consider but let’s take a look at how we might want to broadly trade catalysts. As I mentioned, catalysts can be varied and multiple. In cryptocurrency, maybe the next major catalyst after the Ethereum Merge is the Bitcoin halving in 2024. That might be too far to trade for now. However, we know the impact the macro environment has been having on cryptocurrencies. Perhaps, the date for catalysts to consider could be in early November. Around that time, we might be starting to see the Fed pivot that did not come in August as some expected. We will have had two more FOMC meetings, presumably with hawkish moves. The November 2 meeting might be the time to slow down, especially as we look into the economy in early 2023. We can combine this with elections in the US on November 8 and start to see how options that expire in the second week of November might begin to capture several catalysts. So how do we want to think of this?

In 1988, Sheldon Natenberg wrote the book “Options Volatility and Pricing”. This book became the Bible for the early options traders at the Cboe, where Natenberg also worked and traded. While it is not the only options book, nor the most sophisticated, it has some truths in it that any trader would be good to remember.

One of those truths is an analogy that Natenberg uses in which he compares implied volatility to the weather. Even when the book was first written (it has since been updated several times) there were models used to forecast volatility. When I was in grad school in the late 90s, we built and used autoregressive conditional heteroskedasticity (ARCH/GARCH) and exponentially weighted moving average (EWMA) models. These models are still used by some with improvements made along the way. These models rely on the characteristics of volatility to build the forecast. If we want to more simply understand these types of models, it may be easiest to use Natenberg’s analogy.

Two characteristics of implied volatility are that in the near-term there is correlation in the levels that we experience, while over the medium to long-term, there is mean-reversion. This is quite similar to the weather. Let me give you an example. It is early September in Chicago and the temperature right now is 65 degrees Fahrenheit. The normal temperature this time of year is much higher, closer to 78 degrees Fahrenheit. If I were to ask you what the temperature was going to be tomorrow, you would probably guess something not too dissimilar to the 65 degrees it is today, however, maybe slightly higher since we are well below ‘normal’. From day to day, the temperature does not change that much but over the next week or two, it will revert back toward its long-run mean.

Another analogy of volatility is brought to us by Chris Cole from Artemis Capital. He pushes back on the notion that we cannot forecast large market events by using the analogy of a forest fire. Forest fires, he argues, are never predictable to the day. We never know when a spark will catch fire which will spread across thousands of acres of land. However, we do know when the conditions are such when a spark COULD start a raging forest fire. We know when seasonal fires occur. We know when there are drought-like conditions. We know when we have had bad forest management. By understanding when these conditions exist, we may not anticipate the day something happens, but we can anticipate when the environment is such that something bad could happen. Similarly, if we got a great deal of rain, and the ground is very wet, with very few dead trees around, it is much less likely for this to happen, even if that same catalyst or spark were to occur.

Think about this in relation to the market. We may not know when a major volatility event is going to happen. However, can we know when financial conditions are in a ‘drought’ i.e. when there is no extra liquidity in the system? Can we tell when we have had bad risk management or capital misallocated in the cycle? Can we tell when investor positioning is too extreme? Thus, we may not know what the spark is but we can tell when a catalyst COULD cause a major volatility event.

Bootstrapping the volatility of the event

Thus, the next step we will want to consider is to determine what expectations are priced into a particular event. For example, if we want to buy volatility (get long vega) for the early November catalysts I mentioned, how do we know if large moves are priced into the options market already? In order to do this, we can bootstrap the volatility for a particular date and compare that the long-run mean as well as the moves that have occurred around other catalysts in the market.

In the book “Dynamic Hedging”, Nassim Taleb gives us the formula for computing the forward implied volatility for the period between two expirations where:

Applying that formula in this case we see that the forward implied volatility for that one-month period between October and November expirations, a period in which we see potentially several macro catalysts that could impact Bitcoin, is 70.5%. Breaking this down to a daily move, we can estimate that this is approximately 4% move per day over that one-month period (using the square root of the number of trading days in a year).

Could this be a good trade?

Does that mean this is a good trade? For that we need to do our homework and form our own views. We can see that 1 month historical or realized volatility over the last 2 years has ranged mostly between 30 and 80 with a peak over 100 back in June at the lows. There have been a couple of other times when we touched 100 as well. On a lagging basis, the last 20-day historical volatility is 44.33% which means paying 70+% will be difficult to make back theta on any given night.

What does the future hold though? If we use Natenberg’s weather analogy, we might see that the current levels of volatility are below the mean and might move higher over time even if this trend has been gradually slowing. Future implied volatility, is priced to return to the mean which is much higher than the realized volatility we are experiencing.  If we instead consider Cole’s forest fire analogy, we might think that a Fed pivot in November could relieve the pressure on riskier assets that we have seen all of this year. The US election may not be a major catalyst but it does hold for some potential incremental movement for markets broadly speaking.

A trader may suggest they would rather trade the October-November spread, selling October and buying November straddles. This is a position that will have positive theta and be long vega. It would benefit from the increase in implied volatility or the expectation of movement around the event. Being short gamma, it would accrue theta but the trader would also have to be adept at trading this short gamma and not giving back the time decay.

I am not here to tell you what you should do today because you may not even think that the catalysts as mentioned will even be relevant. I just want to give you an example of how you want to think about trading implied volatility around a catalyst, the types of questions you should ask yourself, and the risks and opportunities that will be present. 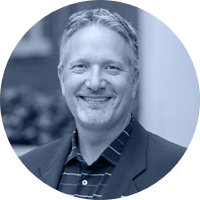 The Art of Options Market Making: What do Market Makers do?