DOVs - A Tale of Two Auctions

With a market capitalisation rounding USD 1.3tn, interest in the digital asset scene continues to grow at an astonishing pace. Couple this with the fact that more creative thinkers and capital are increasingly being drawn into this space and you have the perfect conditions for innovation to occur. The most recent emergent from the cauldron of creativity has been Structured products and while these have played an integral role in TradFi, they are still a burgeoning product in the digital asset realm.

The following is a brief exploration of DeFi Options Vaults (DOVs), a popular DeFi structured product, and some of their nuances including auction dynamics.

First of all, what is a DOV?

A DOV is a yield generating strategy- in essence users deposit funds against which they sell options for which they receive a premium. The deposited funds serve as collateral against which options are sold. We have a number of pieces on paradigm.co/blog which go into detail on how exactly DOVs work.

Secondly, what is an auction?

An auction is a process that facilitates the sale of an item(s) by answering two questions: who will win the object being sold and how much will they pay?

So what do these two have to do with one another?

Since their advent, DOVs have proven a popular go-to in the realm of digital assets. Such is the simplicity and ease of access that all it takes to earn a return (sometimes positive, sometimes not), is a wallet and the ability to sit on your hands for a week. As such TVL has risen significantly and sits just shy of USD 975mn at time of writing. (Source: https://defillama.com/protocols/Options)

To date the process is as follows:

While this process looks set to continue for the foreseeable future and focus usually settles on Strike selection, there's an important point that is often overlooked and that is the auction itself.

Before the horde of keyboard warriors assume battle stations I will highlight that it’s not simple enough to class one process as good or bad. The truth is the best process is often just so because it has fewer flaws for a given instance, rather than it being entirely flawless.

Just a little groundwork beforehand. It is argued that participants to an auction have both a ‘common’ value and a ‘private’ value - common value can be thought of as general knowledge. In this case, you can model the price of an option with ‘x’ strike, ‘y’ expiration date etc. Private value on the other hand depends on your specific instance. For example, each bidder’s outstanding positions on their book, their risk appetite, views on volatility etc. Normally these bidders are professional market makers, OTC desks or hedge funds who have a significant modelling sophistication, balance sheet and technology to manage risk. However, each bidder's book could be skewed quite differently based on the type of participant, their market views and their willingness and ability to warehouse risk which also means there can be significant differences in the private value of these options, which is why the auction is such a key part of the yield generation process.

Auctions are nuanced in nature and have several forms. For the largest DOVs the style du jour is the Batch Auction i.e. A minimum clearing price and target volume is set by the seller, market makers submit their bids- importantly they are privy to each other’s bids (hinting at each other’s ‘private’ value). Once bidding is concluded, bids are sorted in descending order and once the target volume is tallied, ALL participants pay the same price that corresponds to the level at which all options are cleared.

Granted this format has benefits, such as minimising ‘Winner’s Curse’, (the phenomena of overestimating an item’s value and winning the auction at too high a price) it also has a few flaws that work to the seller’s detriment. Being an open bid with a batch clearing process means that options are sold at the lowest clearing price contrary to the overall vault’s goal of maximum yield generation (for a given Strike).

Stepping away from the auction style itself, the fact that auction timings are shared beforehand has led to routine front running. Those who are bold enough are able to systematically sell OTM options in advance of the auction, depressing vol in the knowledge that they will be able to purchase it back at a discounted rate. This is not a riskless endeavour however as the interim short Gamma exposure can wreak havoc if the underlying swiftly moves between selling and restocking.

Combine the ability to front run with the ‘Open’ nature of the auction and you could argue that dissemination of information may dissuade some market makers from bidding competitively or even participating. Imagine an extreme scenario in which there are only 3 makers- Nacho, Mick and Tap. Being the ruthlessly efficient and opportunistic firms that they are, Nacho and Mick have sold vol in the hours preceding the auction and are now in a position to bid aggressively for a large portion of the vault. If Nacho and Mick enter a relatively high bid for a large portion of the vault, Tap who had not participated in the prior IV depletion would be unable or at least not incentivised to match their bids. It’s worth noting here that all participants are privy to each other’s bids, therefore even if Tap enters the foray there is little incentive to outcompete the aggressive bids as they risk overpaying. So long as all parties enter a bid above the required minimum level, the auction should clear. Furthermore it will clear at the same price for all participants (calculated by sorting bids in descending order and tallying the notional until it equals the notional being offered). Hence even if Mick bids 1% above fair value and Nacho bids 2.1% but their total volume clears the auction amount, both parties pay just 1% above fair value. Like I said, an extreme scenario, but the principle prevails.

So what’s the panacea? Sadly there isn’t one, but perhaps we can mitigate some issues or at least address the imbalance of power here and route some benefits back to the vaults whose apparent goal is to generate yield for vault depositors through the sale of structured products.

A blind auction involves participants simultaneously and separately submitting their bids and all things being ‘kosher’, the seller chooses the most favourable price. Only after bidding is complete is the winning price revealed but no one individual is privy to information beyond their bid and the winning bid. In theory, bidders are incentivised to submit a bid that closely reflects but won’t always exactly equal their true value. The reason it won’t equal their true value (i.e. the asset’s estimated value) is because some room has to be left for profit.

Back to our extreme scenario in which a maker has frontrun the auction, assuming the auction process is now a blind bid in which you are not privy to what other competitors bid, the most likely path of action here is to bid aggressively in order to ensure your previously sold risk is covered. This is heightened in the case when it is a ‘winner take all’ auction.

Now that we change the dissemination of information and execution format we begin to see a redistribution of incentives, with less desirable actions marginalised as more equitable behaviours surface.

Other things that can be done to further benefit vault depositors are creating less predictable auctions. This can be realised by splitting the auction into random chunks and conducting each tranche at different times in the day. This provides a lot more flexibility to the vault operator and less predictability to the bidders, which should in theory reduce the bad behaviours mentioned above.

Paradigm - How does Paradigm help DOVs?

Paradigm is the largest block trading venue in crypto with an established network of liquidity providers in the derivatives space. Going forward many of the DOV auctions will take place on Paradigm - with a variety of auction types, starting of course with the blind auction (DRFQ) described above.

Vault operators that use Paradigm RFQs for their auctions would realise the following benefits: 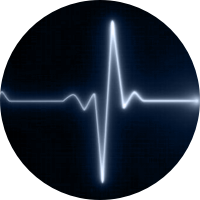